This is an archived version of the 2020 edition of UXLx. The current event website is at www.ux-lx.com 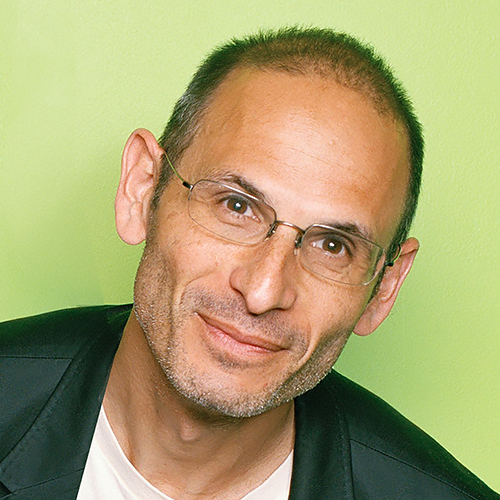 Fabricants are makers. Robert Fabricant is an award-winning product designer who has worked at the forefront of technology and user experience for more than 25 years. He has made everything from interactive environments and virtual worlds to medical devices, in-car navigation systems and civic services that reach millions of people in emerging markets.

Robert spent more than 13 years building the user research and experience design practices at frog design. These days he leads the global design practice at Dalberg Design, working with creative teams in London, Mumbai, Nairobi and New York to make positive social change with and for under-served communities around the world.

Robert holds seven patents related to digital media and information technology. He serves on the board of Praekelt.org, a leading tech company in South Africa that develops population scale mobile applications that reach more than 100 million people in 65 countries with critical, life-saving information.

Robert recently made a book, User Friendly, with designer and journalist Cliff Kuang that was described as a “tour-de-force” by the New York Times Book Review and picked by Amazon as one of the top 100 books for 2019.

What can UX designers learn from the world's greatest experiment in behavior change?

Over the last ten years, UX designers have increasingly embraced the notion that we are in the “behavior change business”. This shift in emphasis, while not universal, is a reflection of a few historic forces, the first being the shift in design away from a focus on the artifacts that we produce towards the broader shifts and changes that those artifacts inspire in the world. The second being the infusion of digital intelligence into so many physical experience and hence the increased ability to shape design systems to be responsive to behavior, even on an individual level.

These efforts have been spectacularly successful in some areas, such as the invention of the facebook like button. But the effects have also been quite problematic. Despite these outcomes (or perhaps, because of them) we continue to believe in the potential for design to play a more positive role in addressing some of the most pressing and fundamental challenges facing society – like climate change or obesity.

Over the last two months we have seen a global shift in behavior that would have seemed previously seemed unthinkable. So, what can UX designers learn from the greatest experiment in behavior change in our lifetimes? In this talk, Robert Fabricant will provide a historical perspective as well as highlighting practical examples from the pandemic response.

Our Sponsors and Supporters